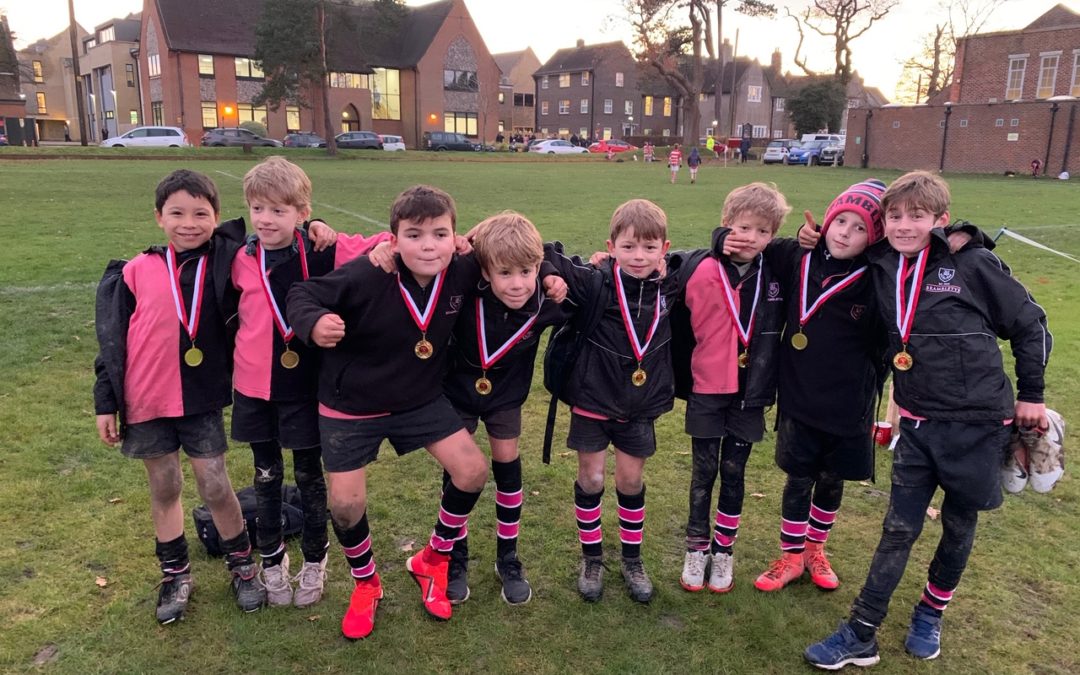 The U9s had a successful outing to Handcross Park on Wednesday where they were proud to be the winners of the Handcross rugby tournament. It was their first outing of the season and over the course of an action-packed seven games they showed themselves to be an impressive team who were able to produce emphatic victories.