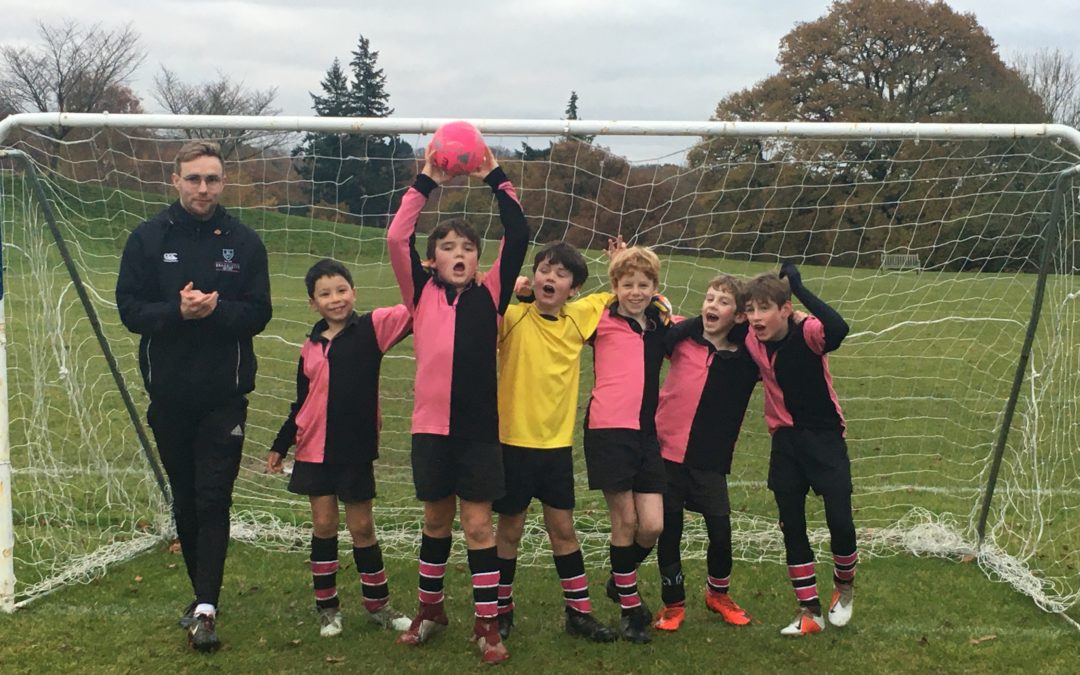 “A magnificient triumph” is how coach Mr Holden Jnr has described the U9 A’s football season. A talented and hard-working group of boys have a lot to be proud of.    One of the season’s highlights included  a goal scored by the keeper from his own penalty area.  Another was the  fixture versus  Cottesmore’s Colts team when the boys found themselves in the unfamliar position of being 2-0 down. Undeterred, they managed to score 3 goals taking them to 5-2.  Cottesmore Colts fought back hard bringing the score to 5-4 with minutes to go, another test of the boys’ character.  Ewan rounded off his hattrick and Fred slotted a ball home to secure a 7-4 win.   An amazing run of games, an amazing group of sportsman and staunch supporters led to an amazing season for this U9s team.