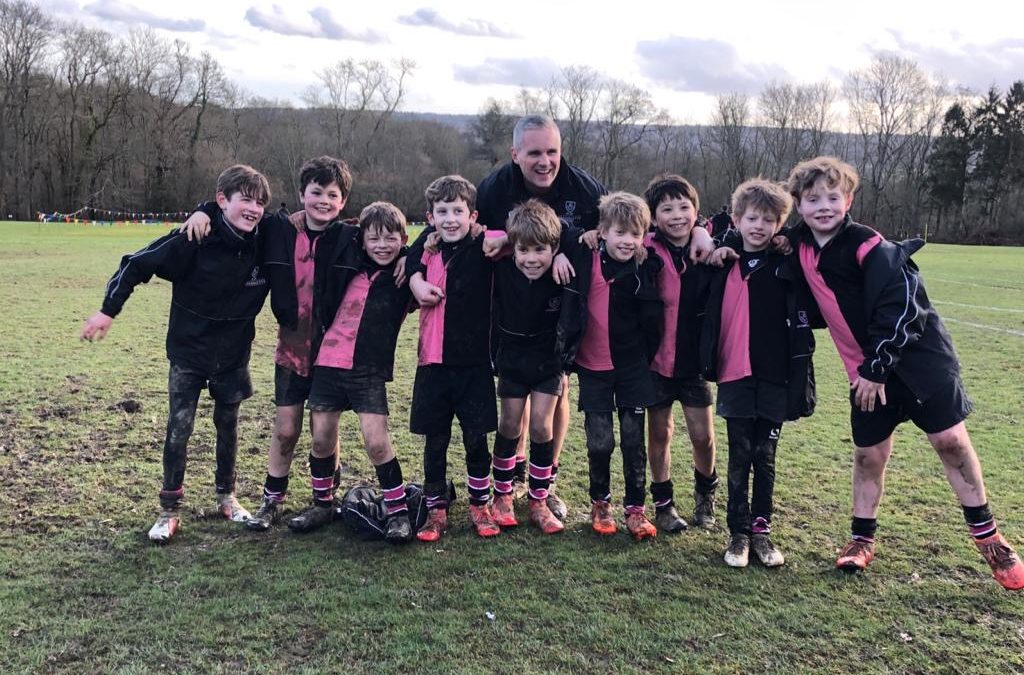 This is the second consecutive unbeaten rugby season for the U9 boys.. This remarkable achievement was recognized by Mr Brooks in assembly who awarded them “Team of the Week”.

Coach Mr Brundish said “There are not enough superlatives to describe this team and their unbeaten rugby season, both in the games they played in tournaments and their weekly fixtures”.
The season got off to a flying start with the Hurst Rugby Festival in early December 2019.  Playing in the top pool of teams, the boys had to play Great Walstead, Hurst, Seaford, Brighton College, Windlesham and Westbourne House Prep Schools – a real mix of some of the best rugby teams in this part of the country.  The Brambletye team beat every opposing team in bitterly cold conditions to claim the title.

It was then  into matches proper and, although there were a number of games cancelled due to the Great British weather, they worked hard in training  and were ready for whatever came their  way.  Highlights from those matches included another festival win at Cumnor, beating both their A team and Copthorne’s, as well as a stirring second half comeback against Brighton College after going into the half-time break two scores behind.  The most complete performance was our away fixture against Cottesmore, who had pushed the boys  all the way in a narrow 10-9 victory earlier in the season.  The boys’ defence was unbreakable and relentless on this day, with Captain, Bertie,  leading the way.  The boys produced an outstanding tackling display full of organisation, commitment and ferocity to restrict the opposition to only one score.

Mr Brundish said about the boys “Their greatest strength is that they are a team – they play for each other and never stop doing so until the final whistle blows.  Long may it, and their now two-year winning streak, continue”.