New Headmistress for the Day 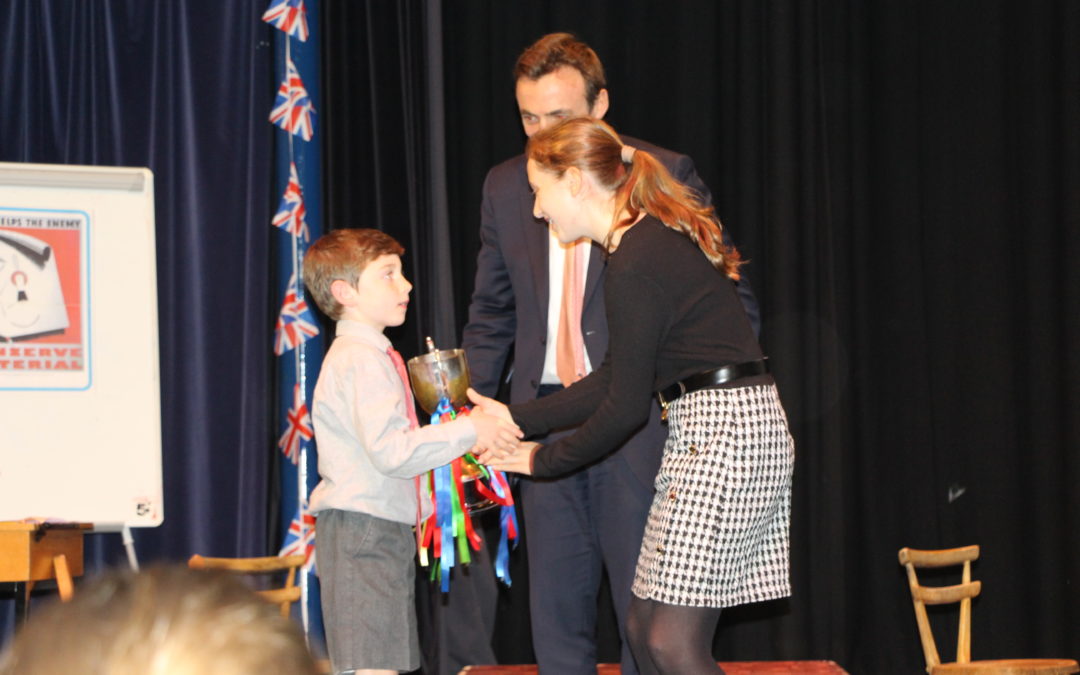 Brambletye had a new Headmistress when Year 7 pupil, Louisa took the helm for the day.  The unique opportunity to be “Head Teacher for the Day” was an auction prize won at the Centenary Ball in May.  Money from the auction went towards the Centenary Fund from which we have been able to build and complete the Centenary artificial pitch and the renovated Art Studio.  The new Library will open in January 2020.

Louisa ditched her school uniform for a smart black & white checked skirt and jacket and begun her day welcoming the day pupils into school.  She quickly gained popularity amongst the pupil body  when she announced that they could wear shoes of their choice for the day and introduced hot chocolate at break time.  Her diary was jam-packed with events such as touring with a prospective pupil, giving the vote of thanks after the Year 4 play, and taking a staff meeting.  She read to Nursery pupils and stood on the door to say goodbye to Pre-Prep pupils at the end of their day. Having hosted a tea for her friends in the Headmaster’s study, Louisa presented medals to the winners of the Brambletye Primary Schools’ Football Tournament. She awarded “Team of the Week” to the Year 6 pupils who organised a cake sale, raising over £1,200 for Robbie’s Rehab.