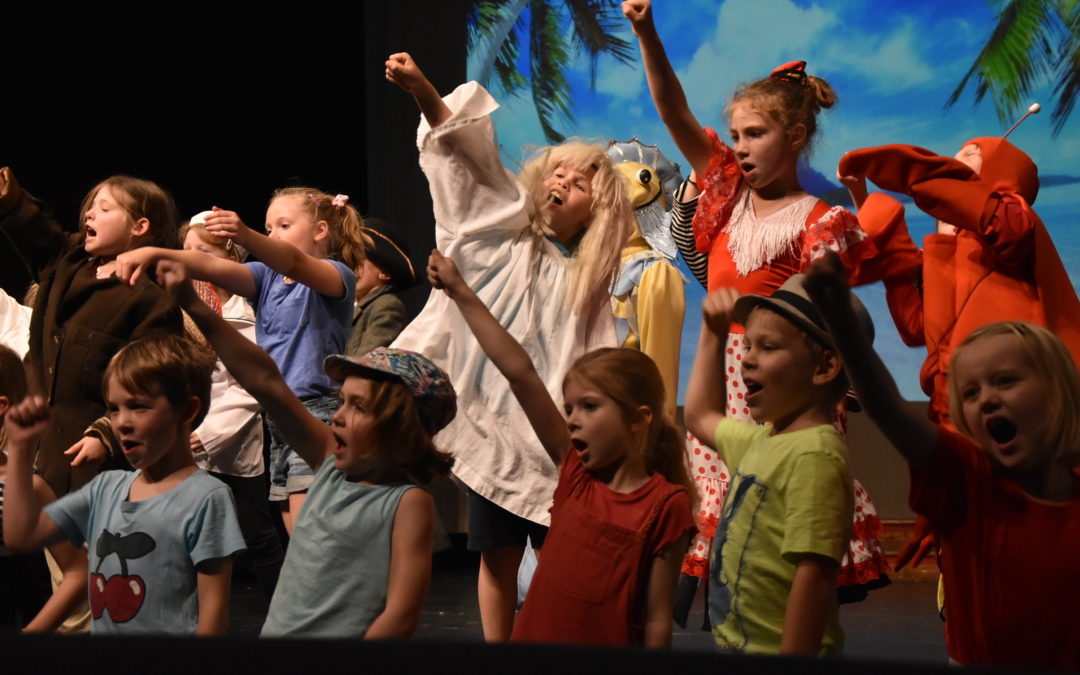 In this colourful production,  Year 3 & 4 performed the story of disobedient Jonah, who ignoring God’s orders  jumped aboard a boat to Spain.  But there are no siestas or flamenco for Jonah. The crew end up tossing him into the stormy sea in an attempt to appease God. He is of course swallowed by a whale only to be spat out on shore 3 days later.  The children sang their hearts out and the stage was alive with colour and characters from talking marine creatures to the pirates,  Peg it and Leg it.  Lots of air guitars and a repulsive whale belch completed the fun. The whole of Year 3 & 4 were awarded “Team of the Week” for their sensational performances.