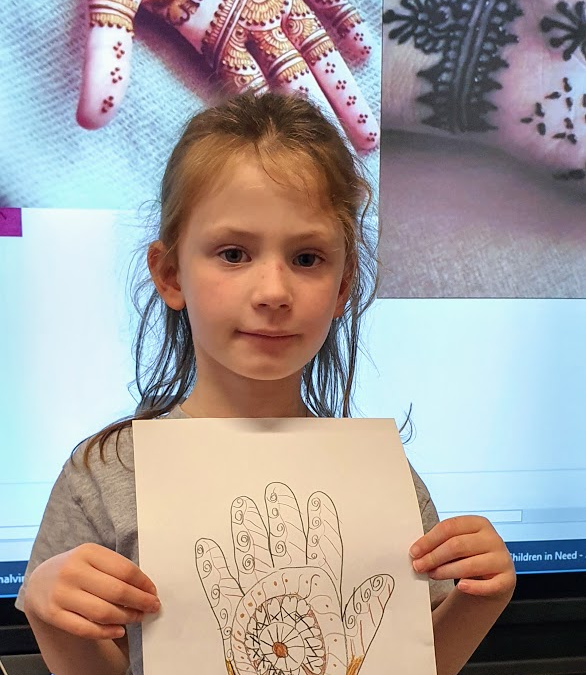 Diwali is the Hindu festival of ‘New Beginnings’. It is sometimes called the ‘Festival of Lights’ because of all the lit diyas (lamps)  that welcomed Ramu and Sita home. It is thought of as a Hindu festival but is also important to Sikhs, Buddhists and Jains. It is a festival that ultimately represents good over evil.

We made diyas, produced beautiful rangoli patterns and even decorated ice, clay and playdoh hands following the Hindu tradition of mehndi.