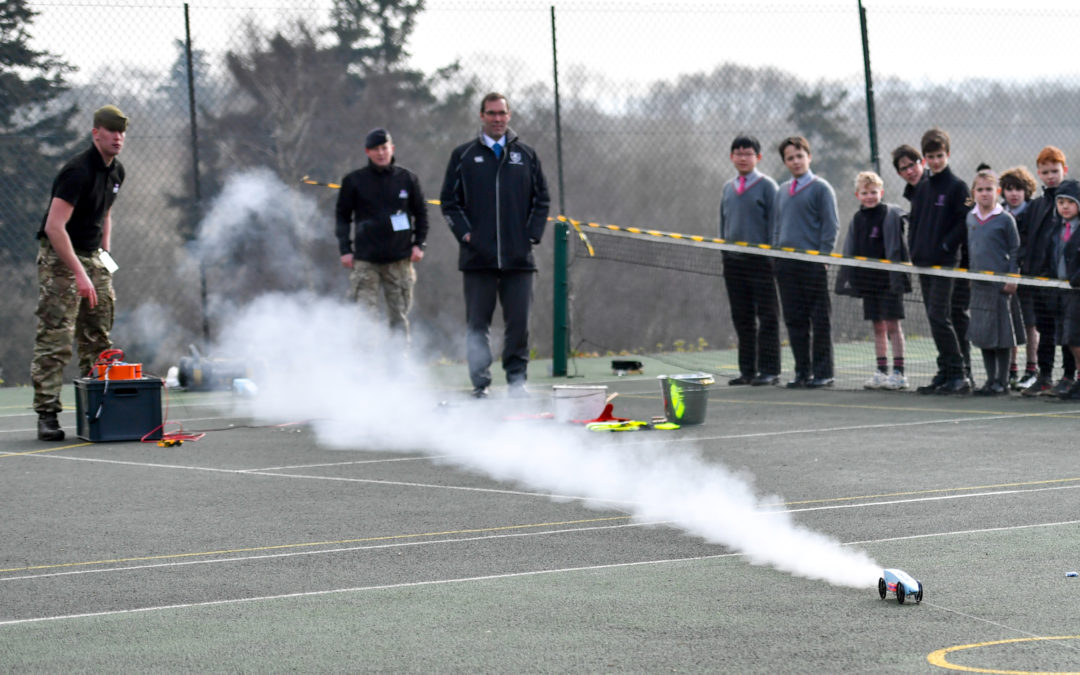 Year 7 pupils spent recent Science lessons carving, filing and sanding to make foam blocks as streamlined as possible. These formed the body of their rocket cars which the Army came to test on Thursday as part of the national Bloodhound rocket car competition. Over 400 schools are taking part with around 100,000 pupils involved. Their cars shot across the tennis courts reaching speeds of 50 mph +.  Had they been life-sized models, they would travel at over 1000 mph or  400m in the blink of an eye. The fastest team will now go to the regional finals in May and if they do well then possibly the national finals at Santa Pod in June. It was a really enjoyable morning and a very useful way to reinforce our science work with such a practical project.